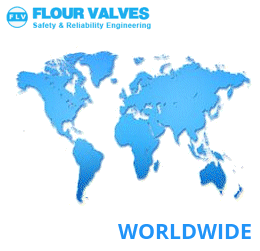 FLV Globe valve uses a disc-type/plug, which is always in the path of the flow, to regulate the flow volume; this process is called throttling.

A Globe can also be used as a stop valve (for starting and stopping flow). 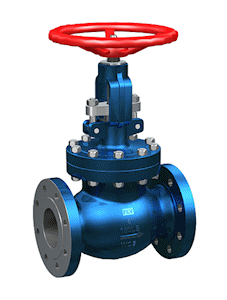 Globe valves are generally characterized for their spherical body with the two halves of the body being separated by an internal baffle.This has an opening that forms a seat onto which the disc, connected to a stem, can be screwed in (if operated manually) or slid in (if automated) to close the valve.

However many globe valve designs do not have the traditional round body-shape. Still, valves that contain the same mechanism are referred to as Globe valves.

A complete range of globe valves, ideal for throttling and shut off services for oil & gas, petrochemical, power, offshore and other demanding applications. Designed for duties where high flow efficiency, tight shut-off and long service life is a prime requirement. A wide choice of shell and trim materials do cover the whole range of applications, from the every-day type of non-corrosive service to critical service with highly aggressive media. 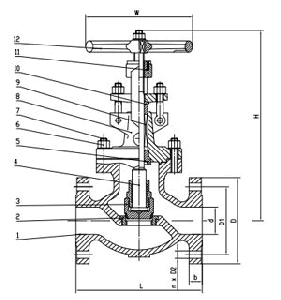 About us
Products
New & Events
Certificates
Equipment
Contact us

This site uses cookies to allow for navigation and technical cookies of other sites for statistical analysis.Continuing browsing the user allows the use of all cookies.